Last night we shot some friend’s maternity pictures. So far they look great. I tried a new Picture Control profile that I downloaded from Nikon that is suppose to emulate the profiles from the older Nikon Dx2. I like the way the flesh tones turned out alot better then how the straight from the camera flesh tones from the Bridal shoot last weekend.

We got new Alien Bees lights a couple months ago to do two dances for the local high school. We got 2 – B800’s and 1 – B400. We also got a Medium Photoflex OctoDome w/ grid, a Large Photoflex Litedome and a Small Photoflex Halfdome2 w/ grid. We are still getting use to them and I’m still searching for exactly how I like to set them up. We shot with a plain black backdrop. One B800 had the Octodome on it setup just to the left of the camera. The other B800 was setup to the right and behind the subject to add a nice key light. The B400 was setup with a boom overhead for a hair light, which is important in my opinion because she had dark brown hair which tends to get lost on a black backdrop.

We tried something different and shot most of the evening at f/8, which we usually don’t do because we want the background to be out of focus. But, being a solid black background this shouldn’t matter and we should get really nice crisp images from the stopped down lens. Shot everything with our Nikon 18-200 DX VR AF lens that we originally got with our D200.

For the most part we shot with little contrast and had very little shadows. We also cut off the front fill light for a side profile shot that would only highlight her belly. From my initial look these turned out nice. We also did a couple of shots that were only the front fill Octodome and used the black side of the reflector to put an even darker shadow of the backside of her belly while both parents had there hands together on her belly. Overall I think the shoot turned out real nice. 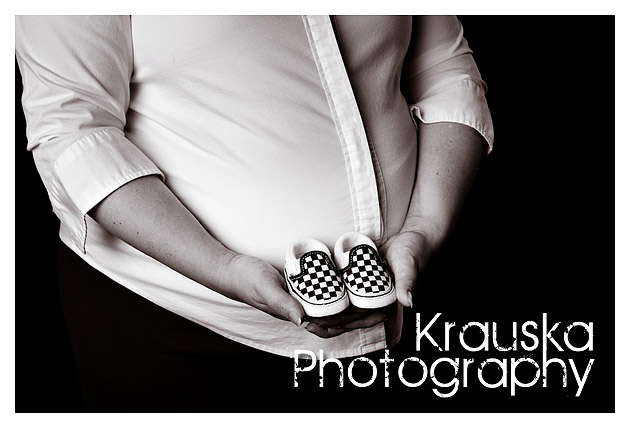 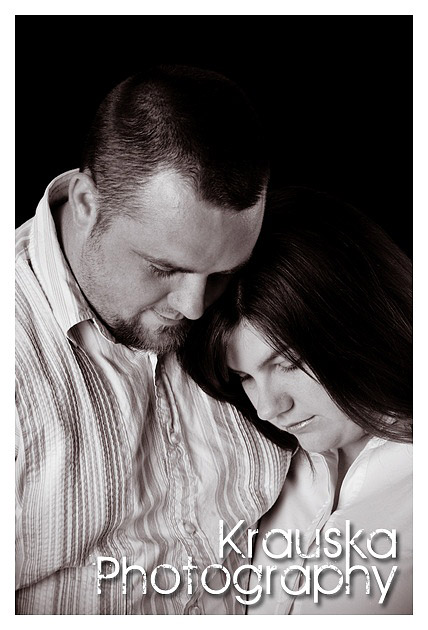 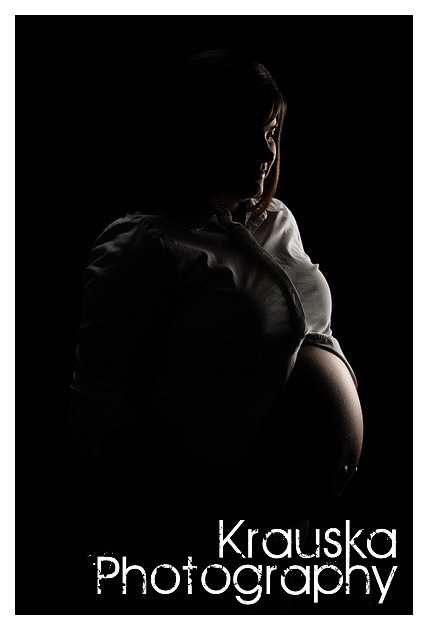 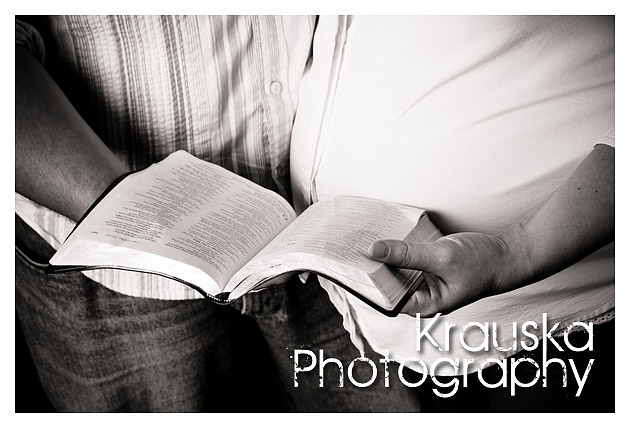 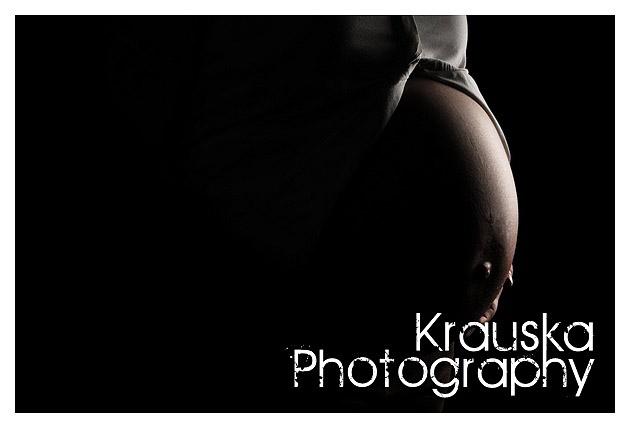 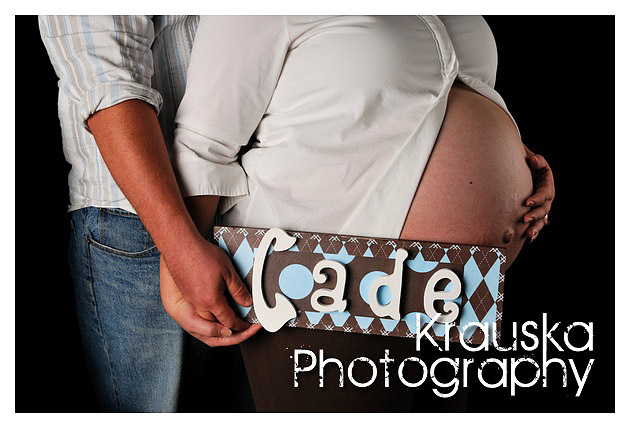 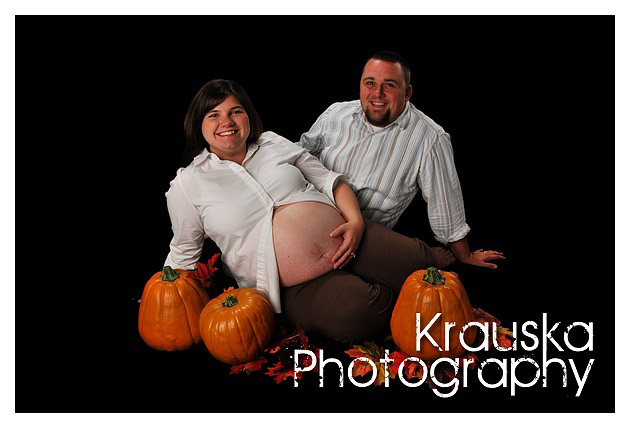 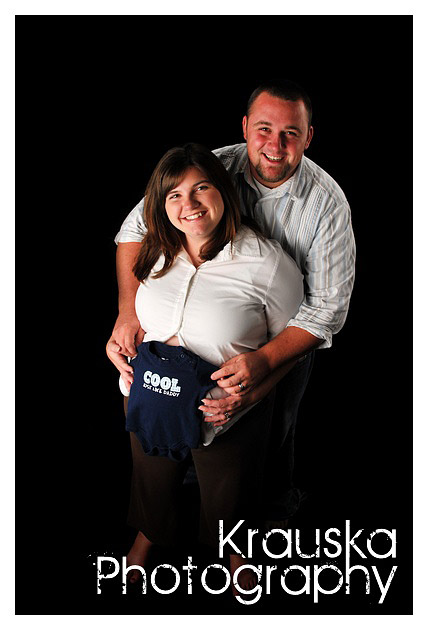